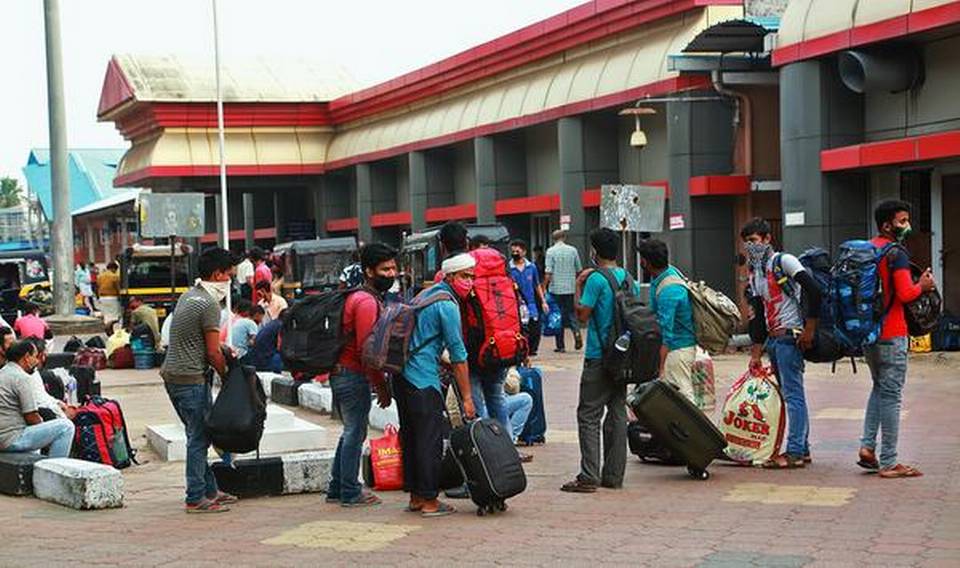 The plan submitted by the department for the wellbeing of the migrants and subsequently approved by the government envisaged three different scenarios of which one was a State-wide lockdown.

The State Labour department’s decision to chalk out an action plan specifically for migrant workers has proved timely with a State-wide nine-day lockdown kicking in on May 8 morning.

The plan submitted by the department for the wellbeing of the migrants and subsequently approved by the government envisaged three different scenarios of which one was a State-wide lockdown. The other two possibilities were the controlled and uncontrolled spread of the pandemic with no lockdown.

The Labour department has written to the State police chief to keep a close watch on the situation in migrant worker-intense Payipadu in Kottayam and Perumbavur in Ernakulam district in the event of a lockdown.

The formation of district-level monitoring cells comprising of district collectors, local self-government representatives and labour officers is another proposal. The cell will manage inter-department coordination if the opening of special camps for migrants become inevitable.

The plan envisages four types of camps in such a scenario.

Camps under the direct supervision of the district administration are proposed to be established and run with the help of the local bodies, which will use their own funds to operate community kitchens to feed the inmates. Camps managed by labour contractors, by converting rented buildings of migrants into camps, and treating scattered shelters as camps have also been proposed.

Officials from the Labour department have been asked to frequently visit these camps in coordination with the police, local self-government, health, revenue, motor vehicle and transportation departments to ensure the wellbeing of the inmates and availability of essential items.

During the previous lockdown, the department had run 21,556 camps accommodating 4.34 lakh migrants.

Engaging the Civil Supplies department in distributing food kits with their preferred food grains has also been proposed. In the event of an exodus of migrant workers through railway stations, special registration counters to collect their data will be opened, for which a letter has already been written to the Railway Divisional Manager.

Special CoWin registration and facilitation centres for migrants once the vaccination of those in the 18-45 age group gets underway, separate First Line Treatment Centres, ensuring payment of pending dues of migrants also figure in the action plan.